About the exhibition „Spheres“ by Heiner Thiel 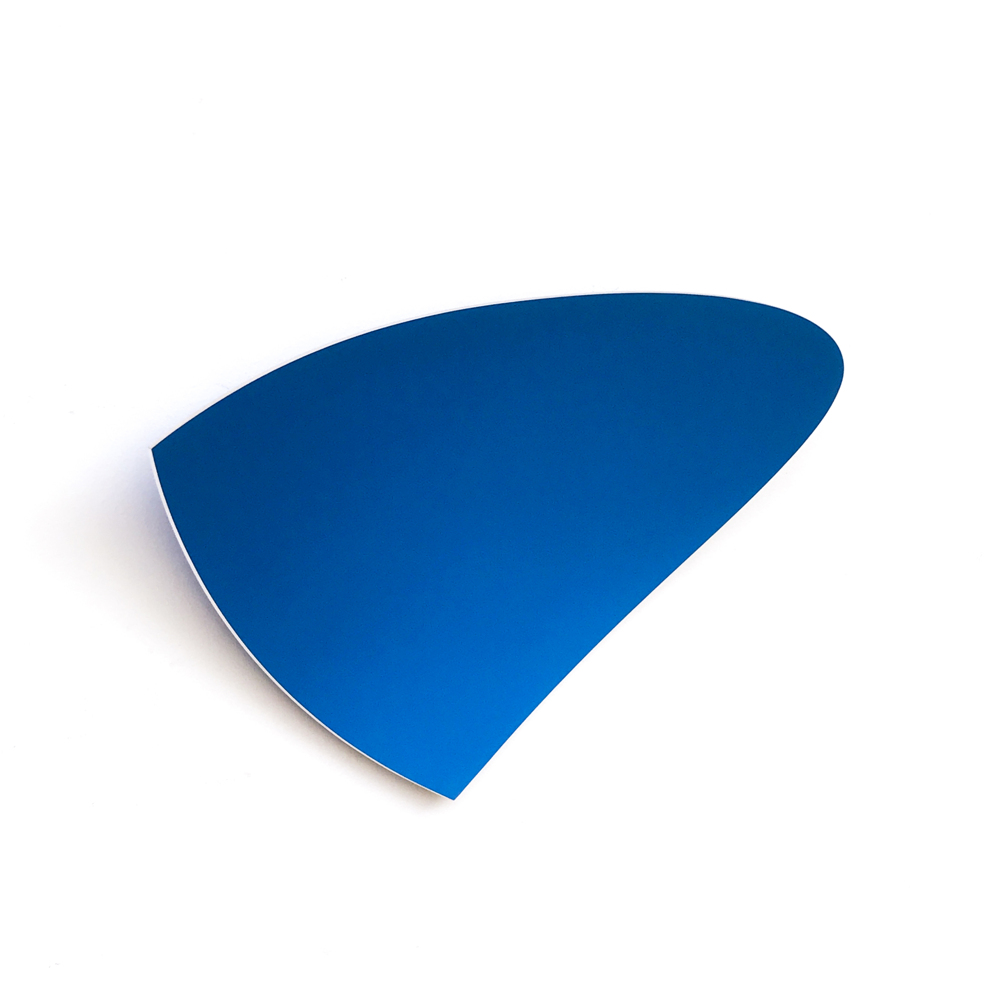 One effort of contemporary artists today is transcending the borders between established artistic genres which once appeared to be rock solid, especially the borders between painting and sculpture — but not by jumping into another genre entirely, i. e. installation art, instead of using painting’s and sculpture’s own inherent qualities. Such qualities are for sculpture primarily three-dimensional form and for painting, color.

Heiner Thiel’s latest works are part of these efforts at transcending genre borders. His new pieces are neither paintings unfolded in space nor colored sculptures. The artistic problem at hand here can’t be put into such relatively easy terms. In order not only to combine the essential, inherent qualities of painting and sculpture, but to fuse them into a new third category, a synthesis is necessary which cannot be described in such a simple manner.

Heiner Thiel’s background is in sculpture. He is therefore mainly interested in the problem of real form which he examined for years in his earlier work. For some time now, he has added to this an interest in form as appearance, bringing properties into play which are usually the domain of painting. Presumably, it is not as easy as it may seem for a sculptor to appropriate an area which in reality is entirely foreign to him and master it in a similar way as his own area of work. Conversely, however, there is hardly a painter who would proclaim to be as comfortable in the three-dimensional realm as much as in painting; an area where he/she has worked in for years and maybe decades to understand it fully. Nevertheless, Heiner Thiel’s new work carefully approached a succesful synthesis–in other words, something entirely new in his body of work and not a variation on old solutions.

The small and medium format metal plates are vertically hung on the wall, possibly appearing at a distance like monochrome paintings. This appearance is contradicted first of all by the entirely intangible color as well as by the curvature of the sheets; the often used painting term “color support” would be inappropriate here. These are anodized metal plates which owe their color to chemophysical processes and not to the addition of pigment – the reason why there are no traces of color application by hand.

Rather, the coloration is so identical with the surface of the metal that the metal’s material properties remain visible, expressing themselves in variable degrees of shine, according to movement of the surface. This is something that wouldn’t be possible with something such as painted – on varnish. A kind of colored light shines through which painting simply doesn’t allow. This is one reason why these works are not some extravagant type of monochrome painting. Yet, there is another more important reason why. The metal plates are slightly warped and curve at the corners away from the wall and toward the spectator, causing on the one hand curvy shadow areas behind the plates and, on the other hand, zones of different colored light intensity. Thus, an unmeasurable space of color comes into existence.

The plates, however, are not simply square surfaces which are bent at the corners, but rather precisely crafted spherical segments, that is portions of virtual spheres – a geometrically conceptual approach which suggests its origin in the problems of form found in Concrete Art. If the spectator stands in the center of such a virtual sphere (which can have a diameter of up to several meters), then, and only then, will the edges of the pieces appear parallel and at right angles. Their appearance would be that of a flat surface if it weren’t for the curved shadows behind and the color space phenomena on the objects, exposing them as three – dimensional. This seems to cause a discrepancy in perception which can only be countered by changing one’s point of view. The spectator feels compelled to move if he/she wants to achieve any degreee of clarity over what he/she perceives. Such a clarity is unobtainable with these objects, yet stepping closer to them at least leads to a comprehension of their factual three – dimensionality without losing their color space qualities. Sculpture and painting’s exclusive and essential properties have not only been used independently of each other, but instead have come together, being no longer separable. Heiner Thiel’s work thus creates a synthesis; something essentially different which marks a significant step forward in his work.